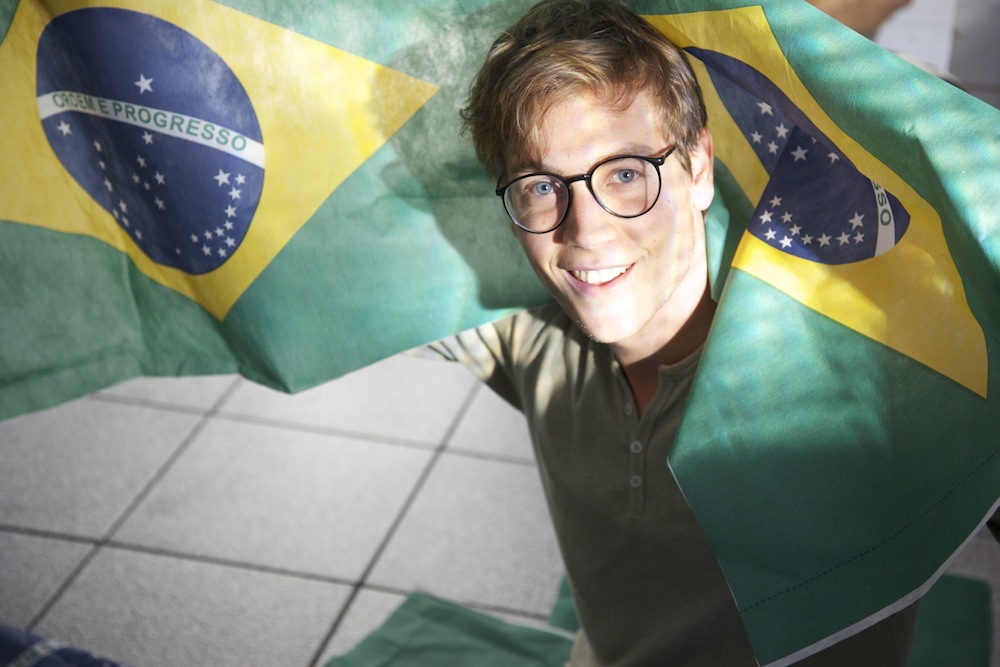 Shortly after we reached Iran I received a message from a friend in Brazil. He said that he had to talk to me and that it was urgent. In a skype call he explained  that he was going to make a movie for Brazilian Telvision and that he wants me to play in it. My first reaction was „that impossible! I’m on a bike tour to India…“ He offered to pay for the flights and all expenses if I could make it to Brazil by the 18th of August and stay for 10 days.

Riding my bike through the beautiful iranian countryside I was confused and undecided about what to do. After all I was supposed to accompany my team mates through out the whole trip.  Then again it was my plan to go to Brazil after this project and stay there together with my girlfriend who is already in Rio.

When I heard about some other bikers who cycled through Iran and went to Dubai in order to fly to India, I thought – that’s it! I found out about a friend who is doing an internship in Dubai and speculatet about staying at his house. So I told the Brasilians that I could make it, if I went to Dubai first, left my bike with the friend, then came to Brazil to make the movie and then came back to take my bike, fly to Pakistan and join the others on the road again… They agreed. The idea was so crazy that I couldn’t reject the offer anymore.

The team supported me and gave their ok right away. When we arrived in Tehran I found out that our host’s best friend works at a travel agency. He helped me find a flight to Dubai. It took me a few days to figure out what date I should leave. Then the Brazilians had some confusion going on about the ticket to Sao Paulo but in the end everything turned out right.

So I left Tehran on the 13th of August, spent one day and two nights in Dubai and came to Brazil. Here I’m expecting to recieve the script of the movie that we’re going to produce and rehearse for a few days until the shooting starts. I’m also planing to visit some brasilian friends who are engaged in assosiations for Cyclists and Ecological Projects. I’ll try to get some footage here if possible.

I left my camera equipment with Thomas. I showed him how to use it and gave him some basic instructions. I’m quite confident that the boys will get some good images done. In the end it all try and error on this tour. Although I love Brazil I’m very looking forward to meet up with the group again. I’m sending all my positive energy to Thomas and Erik who are now confronting one of the toughest parts of the tour and I promise to drink at least one Caipirinha for each member of the Team – You have my word!